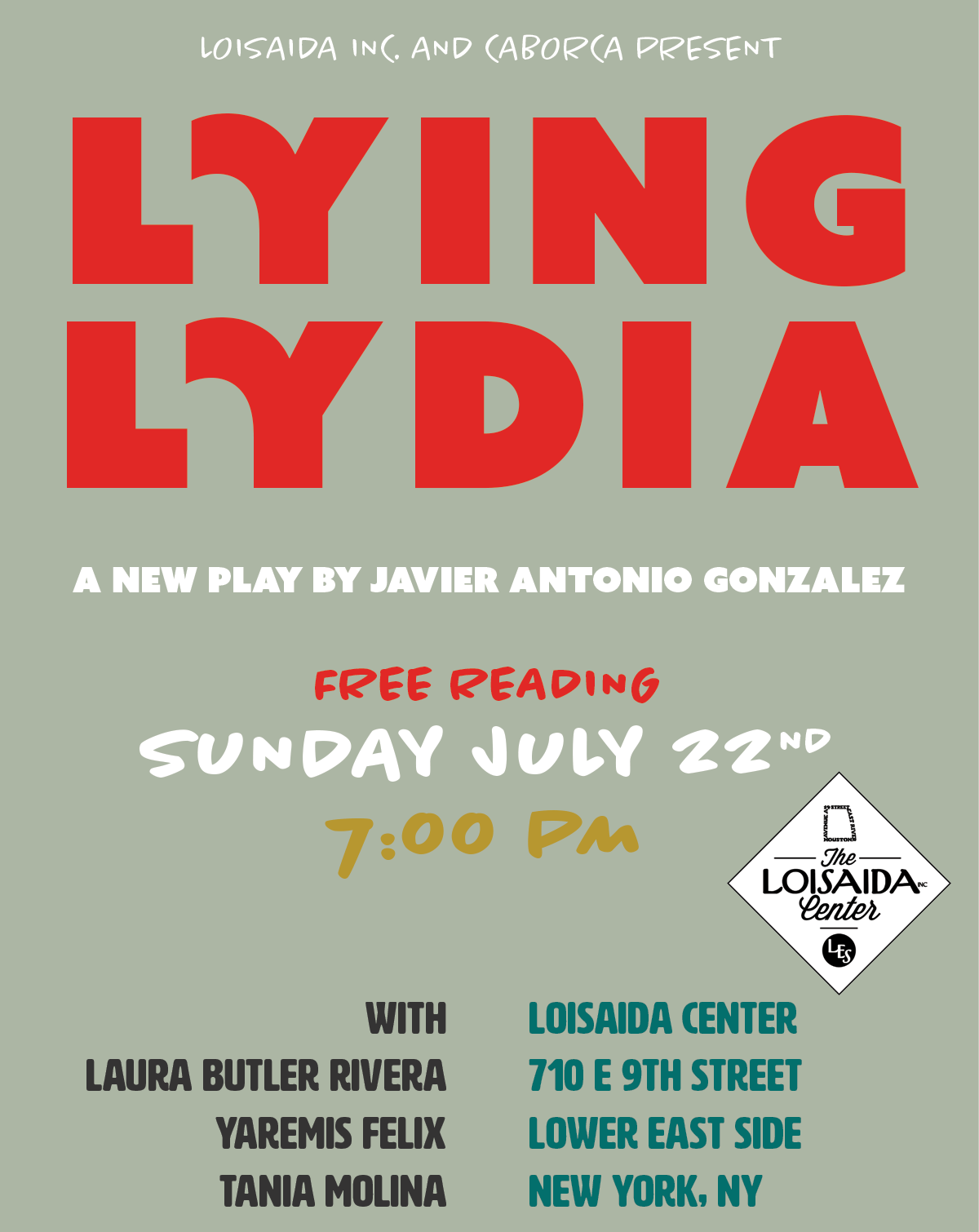 Written and directed by Javier Antonio González and featuring Laura Butler Rivera, Yaremis Félix, and Tania Molina, Lying Lydia is a piercing look at our civilization’s targeting of women, colonies, and the truth. In the mold of Churchill and Fornes, Lying Lydia is a mysterious and darkly funny chamber work featuring masterful performances from some of Caborca’s veteran actors, as well as an original soundscape by Keenan Hurley.

Truth may have died in the disaster. Two women are confined and forced to paint the landscape that may have once been. One of them is Margaret. The other is Lying Lydia, so called because everything she says is a lie. How do you know? Listen, you can hear her thinking. Like they said you would.

Hailing from Puerto Rico, US America and beyond, Caborca makes sprawling, adventurous works in theatre and film. Combining epic auteurship with a tuned ensemble of actors and a flux of collaborators, we bridge language, background and media, inviting our audience, guest artists and members alike, to delve into the pleasure of seeing anew.

Caborca steals its name from the novel The Savage Detectives, by Roberto Bolaño, in which a magazine of the same name is the official organ of visceral realism.

Opinions like those expressed while in a panel, event or presentation, performance or through artwork are expressed by the author in his personal capacity and are the author’s own. They do not necessarily reflect the views of Loisaida Inc. its affiliates or staff.