Loisaida, Inc. Center is proud to bring our community an ongoing summer program highlighting and revitalizing the im/migrant experience, our neighborhood’s historical inventiveness, and ecological resilience. Inspired by local artist and activist, long time resident of Loisaida; Rolando Politi, whose iconic repurposed and recycled sculptures pepper community gardens throughout Loisaida, but more specifically at La Plaza Cultural de Armando Perez the program uses place-based pedagogy and recycled materials to equip youth and residents in using creative strategies to address the city’s urgent issues. This program is funded by the New York City Department of Youth and Community Development in partnership with the City Council.

Every year community members, artists, residents and anyone interested in creating works of art from found objects are welcomed by Loisaida Inc. Center to be a part of the Garbagia Project. This eclectic group of artists create a vast world of creatures, both known and unknown, in order to share their stories. This is the tale of how they make the “Garbagia” universe come to life.

The Garbagia program is supported in part by the Cultural Immigrant Initiative through the Department of Youth and Community Development in partnership with the New York City Council. Thank you.

The 2021 Garbagia Summer Program: focused solely on the creator of the Garbagia philosophy, this year will make way for the originator of the Garbagia concept; Rolando Politi, to be intimately tied to the production of the program. We’ll focus on his life, creations and characters. The 2020 Garbagia Summer Program: CHANGE, on our fifth year will make way for the originator of the Garbagia concept; Rolando Politi, to be intimately tied to the production of the program. The summer program will run as a hybrid of online and live interactive workshops, becoming Garbagia one of the activators of Loisaida’s Media Arts and Technology programs – El Semillero from August 10th through September 17th.

Once again, artists from our community ‘garbagianos’ will be producing a final showcase, broadcasted live at the end of the program through the recently launched LoisaidaTV. Registration will be required to access our on-site studio or create at home following the live workshops, all are welcome for on-site workshops. Register Now!

Loisaida’s Fifth Summer Program Garbagia: CHANGE is made in collaboration with and with your support, thank you. This program is funded by the New York City Council’s Cultural Immigrant Initiative and the New York City Department of Youth and Community Development in partnership with the City Council. 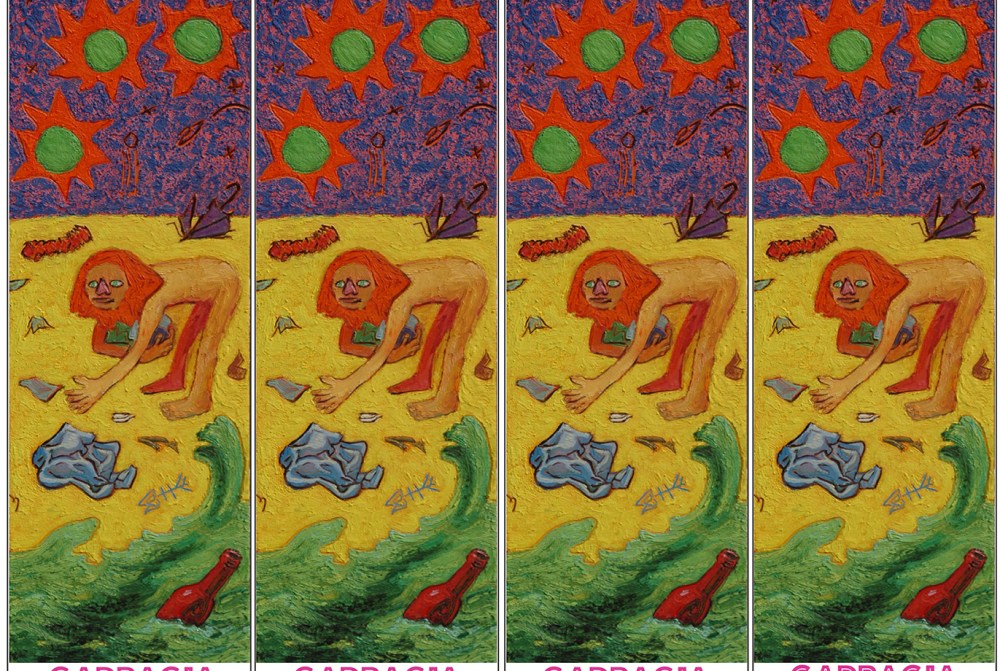 The 2019 Garbagia Summer Program: Hallucination Station, will consist in visualizing one of the places Rolando Politi imagined in his story; The Three Green Suns.

On this fourth occasion, the Garbagia Project, will give life to Rolando’s imagined place by creating our own visualization and interpretation of this space in our current time. Hallucination Station will consist on a similar 3-week intensive workshop approach to the project as it has been done during year’s past. The fourth occassion of the Garbagia Project will feature a display of our past creations. Our participants will concentrate on working through our principal motivation: upcycling, and for the first time, re-imagining their own past puppets. We will upcycle our past puppets and costumes adding some new gadgets pertinent to this year’s theme and story.

Also, for the first time, we will give life to (this year as a pilot) our first Garbagia Upcycled Art Fair – becoming Garbagia one of the activators of Loisaida’s Makers Space- El Semillero. This means we will concentrate in creating merchandise made out of trash, our beloved material. And second, to the ‘Puppet Auction’, helping Loisaida and its artists with the funds made plus regaining space after four years of art making.

As specific as it sounds, it all runs in a very spontaneous process for each artist, the structure works for organization and calendar purposes only. With this said, artists from the community ‘garbagianos’ are free to come and go as they want/can, create with us at the shop or at home and kids and the rest of the community are welcome for open workshops that we will accommodate so they can participate.

Loisaida’s Fourth Summer Program Garbagia: Hallucination Station is made in collaboration with Grace Space and Loisaida United Gardens Assoc. & with your support, thank you. This program is funded by the New York City Council’s Cultural Immigrant Initiative and the NYC Department of Cultural Affairs. Garbagia is the name artist from the community Rolando Politi gave back in the 90’s to his vision of an alternative world made out of trash. Garbagia Project is based on a series of free open community workshops with a focus on creating art with recycled materials while creating a story working on present issues related to ecological topics, community and nature/urban resources, understanding trash as a treasure for the development of a sustainable life and protecting the world. Garbagia is a way to live.

With the total support of Loisaida Center and the essential contribution of artists from the community of the Lower East Side, this project was created in 2016 by Zule Alejandro and Daniela Fabrizi, inspired in Politi’s imagined world. The artist himself lent the name as a gift to the initiative.

Our third year open atelier summer program for collaborative and individual projects in textiles, gleaning, sculpture and painting was a resounding success. Community members joined the program to transform garbage into beautiful art, then showcase their work with a final community celebration at the historic Plaza Cultural community garden all while in keeping with neighborhood tradition.

Read more about Garbagia: The Three Green Suns on this article by Dylan Garcia. 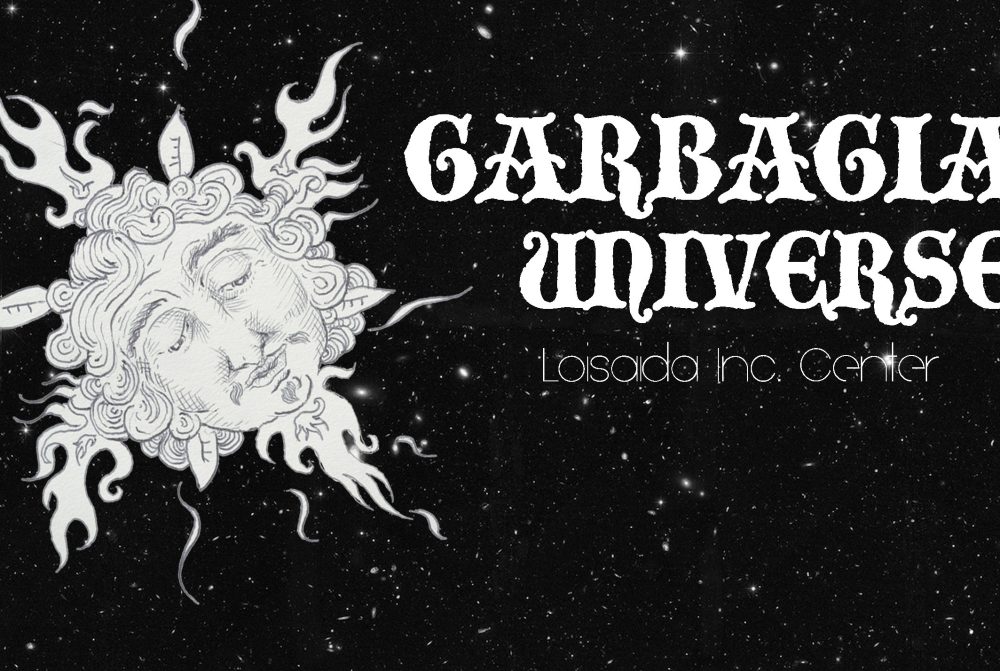 Building on last year’s successful Garbagia Island, Loisaida Inc. Center will expand this summer into Garbagia Universe. Acting on the continued need to build public historical awareness of cultural immigrant history, and consistent with Loisaida’s commitment to urban place keeping, the project refashions cultural practices of Downtown Latino/a/xs from Carmen Pabón, Jorge Brandon, Bimbo Rivas, Pedro Pietri, Petra Santiago and beyond, to contemporary realities. This second cycle will expand to include and explore the pedagogy and practice of the Latin American modernist, Joaquín Torres García, who lived in New York’s Downtown, and who was the subject of investigation of one of our artist-in-residence, and teaching artists for this cycle, Juan Bautista Climent.

The 2nd version of the Garbagia project will offer three component workshops where participants can hone their skills and realize their final products in a performative exposition. These include sewing and costume making, sculptural and conceptual art, and performance production, over the span of three weeks in August and September.

Loisaida 2017 Summer Program Garbagia Universe was made in collaboration with La Plaza Cultural & L.U.N.G.S., thank you. 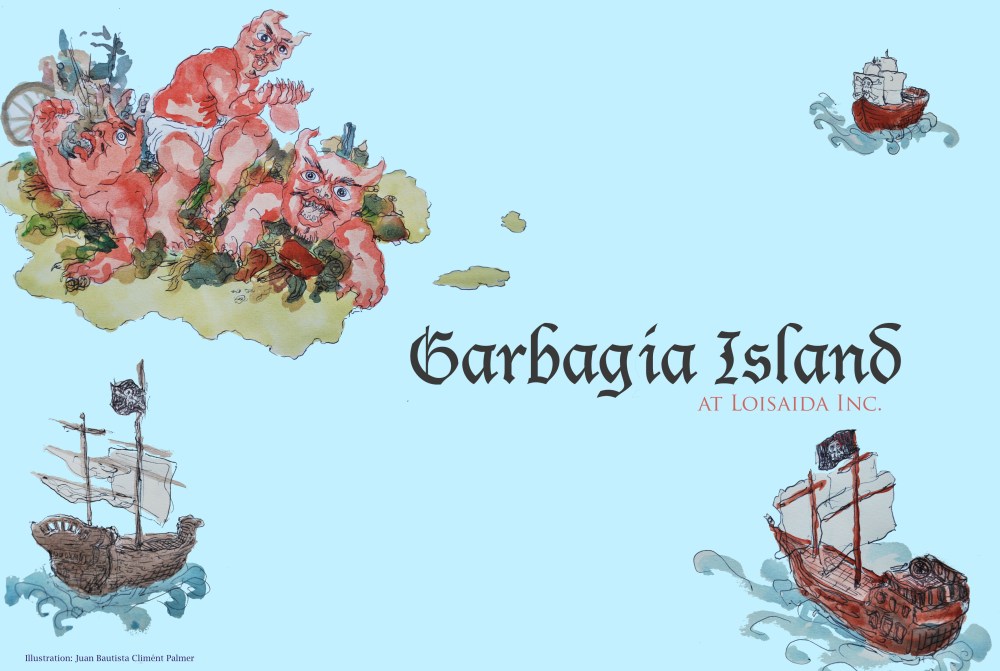 “Garbagia Island” is a dystopian representation of the Island of Puerto Rico and it’s current economical and political situation. The story goes along the lines of pirates arriving to an island full of trash, and discovering magical creatures made out of garbage. What it seemed to be a simple pile of waste becomes a fantastical tale for the pirates to appreciate. The pirates who are already filled with music and celebration unify forces with the creatures and people living in the island. The moral of the story is creating consciousness and renaming waste into resource and emphasizing people’s creativity as a tool for recovering gradually from the crisis. We will use historical LES “nuyorican” and LES characters like Carmen Pabón, Jorge Brandon, Bimbo Rivas, Pedro Pietri, Sylvia Rivera, Petra Santiago, Chino García, Silvia Rivera, Adam Purple as inspiration.

Currently the island of Puerto Rico is facing a huge colonial consequence. The people are finally noticing the impotence and fragility of our economy and political situation. It’s very important now to point out to the solutions, more than the problems or flaws. Similar to the self-help spirit of the early residents/founders of the Loisaida neighborhood, the project will emphasize the history of pirates around the Caribbean and their challenging attitude towards how we re-define either/or dichotomies such as: garbage/ treasure, waste/resource, empty lot/green haven, fiscal crisis/ sustainable opportunity, forced migration & displacement/ community building. This way we use our creative thinking into problem solution and acquire a more optimist view of our situation.

Loisaida’s First Summer Program Garbagia Island was made in collaboration with La Plaza Cultural & the Museum of Urban Reclaimed Space and with your support, thank you.