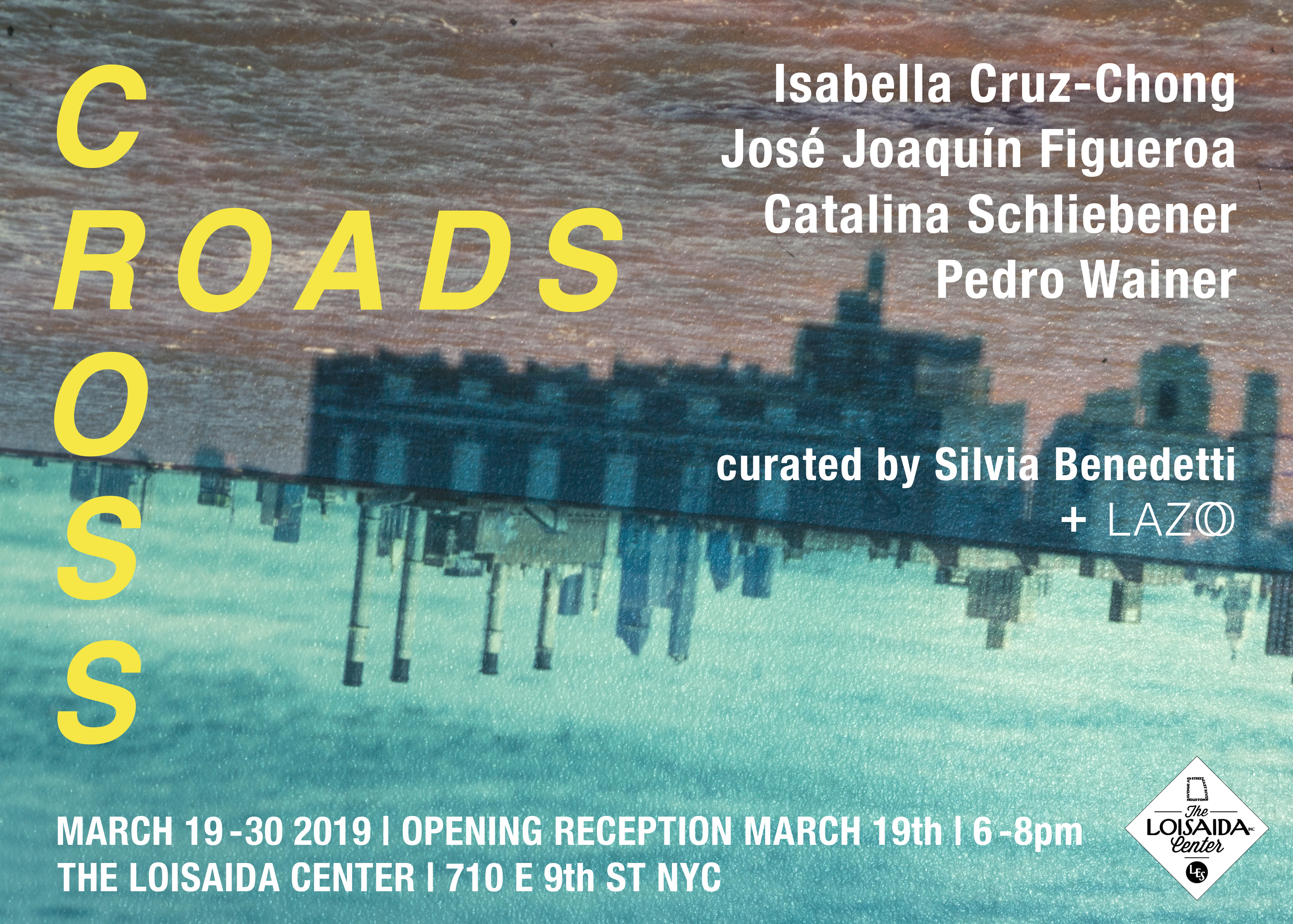 Only through Saturday, March 30th

Curated by: Silvia Benedetti in collaboration with LAZO

Standing in a crossroads makes us realize that the greatest block we can create for ourselves is the idea that there is a single right choice. This exhibition gathers a series of artworks –in a variety of mediums– in which the literal and figurative meaning of a crossroads is present. Daily life, childhood, gender, class, landscape, and identity are a few of the themes brought to bear by the works in the exhibition. These references, intersected through a range of material and narrative gestures, reveal how various perspectives can exist in a given moment.

This exhibition brings together four Latin American artists from different backgrounds for which New York functions as a point of intersection. The works on display build narratives along different lines: Isabella Cruz-Chong’s works reference the US-Mexico border fence, filmed on the coast of the Pacific Ocean in Mexico where she grew up. She presents a performance/video of an invisible wall highlighting the struggle and irony that goes with it. Cruz-Chong also has on view instructions made for Mexican children who are learning how to behave when crossing the border.

José Joaquín Figueroa presents a record of everyday environments illustrating his ongoing pilgrimage. In his drawings he reflects on the fragility of fleeting moments, the complications of inter-layered identities, and the impossibility of a single perspective.

Catalina Schliebener presents a series of collages made with children’s books; material that carries implicit narratives around gender, sexuality, and class. She researches childhood, considering it an important period in which the limits between reality and fiction are not yet defined.

Lastly, Pedro Wainer explores analogue film and photographic techniques by reconfiguring technologies in disuse. He presents composite footage and moving projections made from still images of the East River from both sides in Manhattan and Brooklyn–highlighting the river and its bridges as both a geographic and man-made border meant to be crossed.

This exhibition was organized in collaboration with Silvia Benedetti, a Venezuelan New York-based independent
curator and art writer, and is part of a series of events organized by LAZO at The Loisaida Center in NYC.

Read more about the LAZO project and residency here.