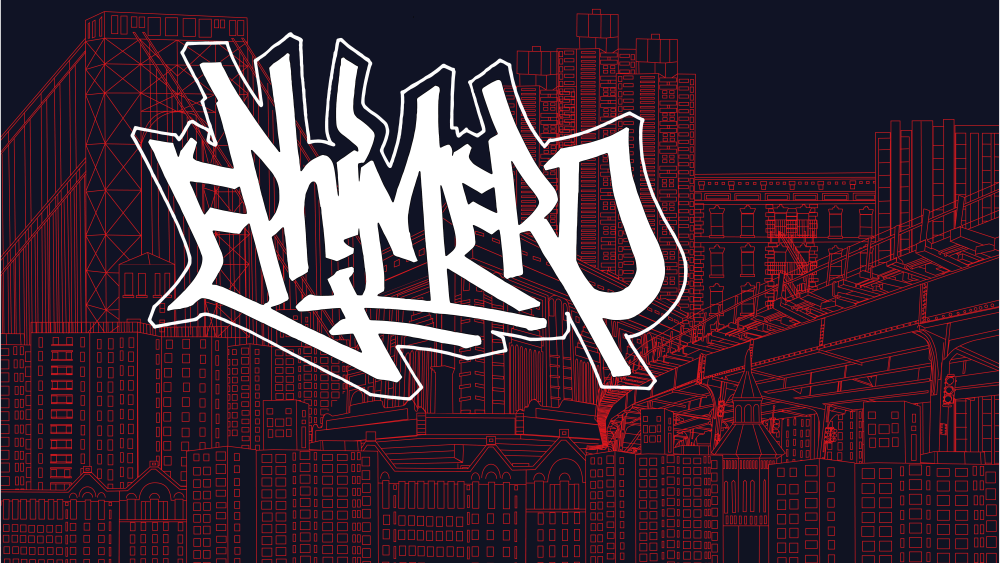 Ephimero: a Dominican Graff Perspective is an interactive archive and exhibit that functions as a platform for cultural research and community experience. I’ts focus is on Dominican street art and graffiti gestures made in public and private spaces by artists working both in the Dominican Republic and others working abroad. The project proposes the organization of a large-scale exhibition to take place simultaneously at Santo Domingo, New York City and San Juan. x

The first stage of the project The Archive, is a website that holds audiovisual records of oral histories on graffiti writers and an interactive map where the audience can add up content on the location, information and pictures of artwork found in public space. An event to pre-launch the web on November will serve as a community engager.

The final stage of the project is The Exhibition, a digital space on the website and physical space on a gallery to celebrate street/graffiti art, as well as to help the community outreach workshops, panel discussions, artist talks, performances, and live paintings.

Our goal is to utilize Loisaida’s new media equipment and space to develop the first two stages of the project that will help jump start the project essentially by developing the website, creating an audience through engaging with the community, and networking with investors, organizations, curators, and others that can help achieve the large scale exhibition.

We are looking forward to create a space for dialogue between the artist, the audience, and the institution about the transition of graffiti from public space to private space; its conception as an art form vs vandalism; and the political act of writing vs its commercial approach as mere aesthetics.

Along with the series events like workshops, artist talks, film projection, and broadcast interviews, we intend to conclude the residency with the launch of the website/archive.

The Murcielagos Fumando collective is conformed by Carlos Jesus Martínez and Marie Jiménez. They look forward to transfer discourses from the periphery to the center; intrigued with history and its inherent tensions on how traditional systems of believes, like the religious and the political, force and homogenize communities.

Marie Jiménez is a multidisciplinary artist with an AAS in Fine Arts from Chavon, Dom. Rep; a BFA from Parsons, NYC; a Masters in documentary filmmaking from ECIB, barcelona; and, workshops from Chavon, DGCINE, and EICTV in Cuba. Marie is now teaching videart while developing a documentary on Ephimero; she has also just finished her first feature film which is now on stages of film festivals distribution.

From a personal experience and usually through an intimate approach to what conforms her immediate context; Marie develop the depictions seen in her work; with special interest in how the camera can become a tool to question and analyze the idea of ‘the marginal’.

Carlos Jesús Martínez Domínguez is an artist who draws inspiration from the cultures and related histories of Hip Hop, NYC, and the Caribbean. He started tagging in 1987. He has exhibited his work nationally and internationally. Notable venues include the Studio Museum in Harlem, El Museo del Barrio, Art Museum of the Americas, Washington DC, Centro Leon Museum, Santiago, DR, El Museo Latino, Omaha, NE and Bronx Museum of Art in the Boogie Down.Carlos currently lives and works in Washington Heights, NY and is an educator at El Museo del Barrio, MAD Museum and the Studio Museum in Harlem.