The objective was to develop a dance-theater piece that extrapolates the political imposition and violence towards a country with the transgressions and imposition towards the feminine body. To allow the audience to witness, through the interaction with the piece, how the invasion of a country influences and affects the feminine characters of the colonized nation. 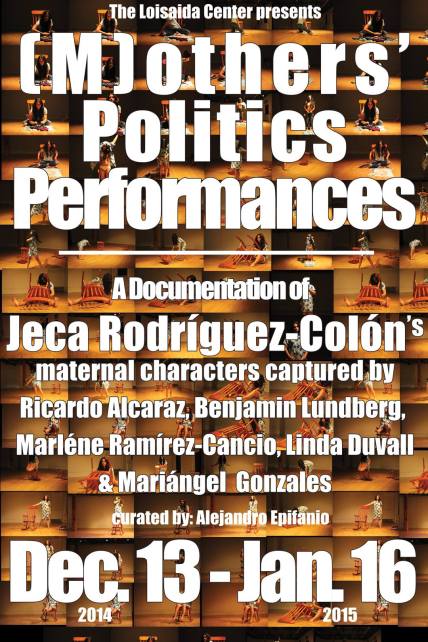 Jeca Rodríguez-Colón is a Puerto Rican performer with over 12 years of experience as a dancer and choreographer. She began her contemporary dance training with Petra Bravo and Viveca Vázquez. She holds a B.A. from Hunter College with a double major in Dance and Latin American and Caribbean Studies, she is the recipient of Hunter College’s 2005 Choreography Departmental Award. Jeca earned her MFA at Transart Institute with Plymouth University. After participating in the EMERGENYC 2013 program at the Hemispheric Institute she began to explore performance arts and public interventions. Her work is connected to different aspects of the maternal kinesthetic language in space and the politics that surrounds it. She is part of inaugural cohort of EmergeLab@BAX, a laboratory initiative with the support of the Hemispheric Institute and Brooklyn Arts Exchange. Her latest work includes a street intervention in collaboration with Mette Loulou von Kohl’s “Manifest Collective Movement,” the installation “Sneak into My Maternal Chaos”, and the performance piece “Desde Adentro” presented on August 2014 in Berlin, Germany.

On January 8th, 2015, Jeca Rodríguez-Colón and her theater collective successfully put on their dance-theater piece, titled “(m)Others.” This piece reflected on the consequences of colonialism and country invasion in direct correlation to the transgressions enacted upon the feminine body. A few of the consequences of invasion that explored in this piece were: educational disparity, collective unspoken trauma of mothers, alcoholism, and violence.