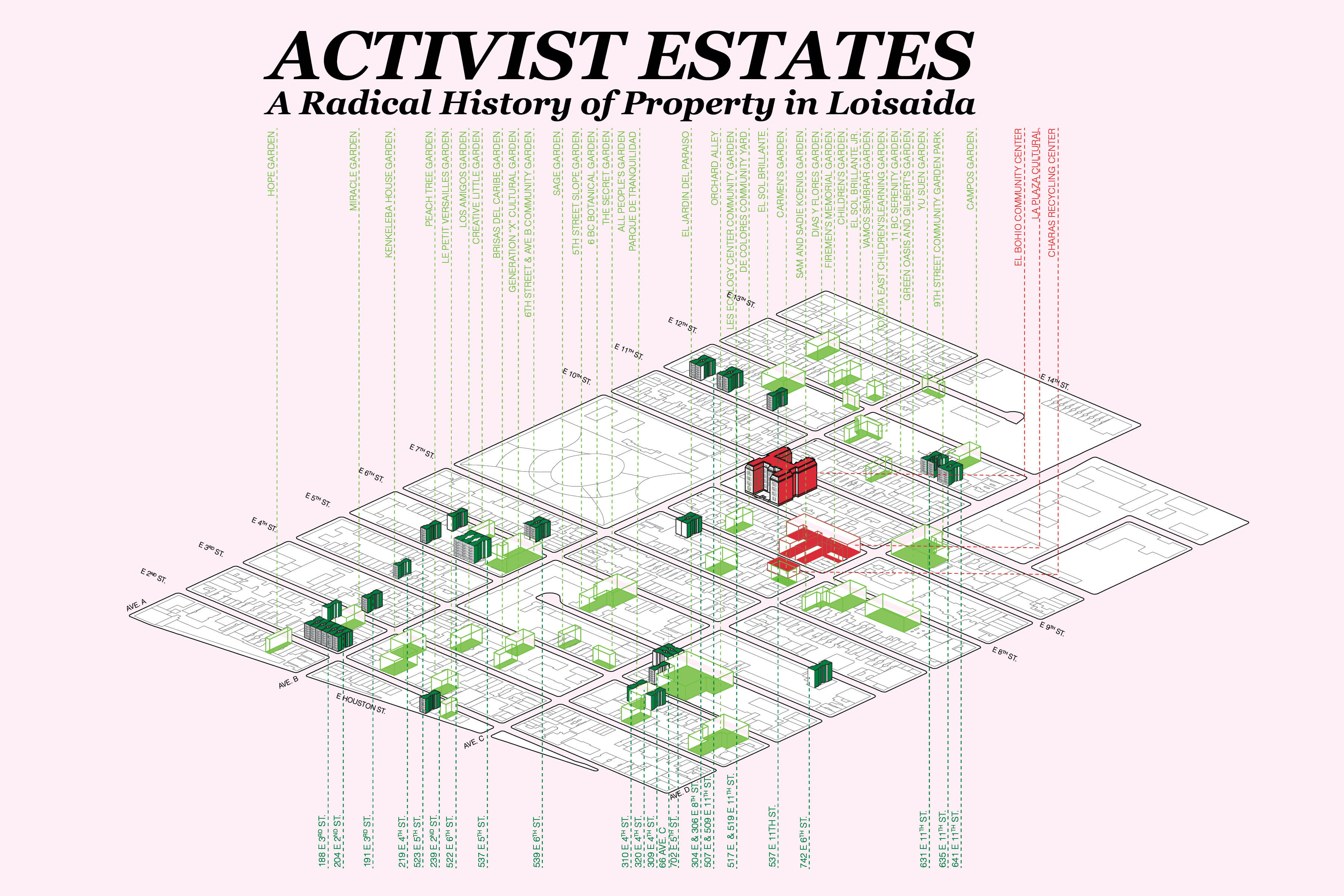 Activist Estates: A Radical History of Property in Loisaida

An examination of participatory practices in New York City reveals the critical relationship between real estate, architecture and activism. In cities across the country, in the 1970’s, the devaluation of property created a vacuum of ownership. Vacant lots, storefronts, schoolhouses, factories and abandoned tenements in New York City became havens for experimental, communal practices. These same urban landscapes, in the present time, face the opposite crisis of inflated costs and high-profit development. Escalating speculation threatens the small gains made by communities in historically marginalized neighborhoods. Amid current debates about urban justice and access to the city, Activist Estates critically re-evaluates the place of counter-institutional practices that shape the landscape of New York City.

Nandini Bagchee is an Associate Professor at the Spitzer School of Architecture at CCNY (CUNY) and principal of Bagchee Architects. Her research focuses on activism in architecture and the ways in which ground-up collaborative building practices provide an alternative medium for the creation of public space. Nandini is the author of a recently published book on the history of activist-run spaces in New York City entitled, Counter Institution: Activist Estates of the Lower East Side (Fordham University Press, 2018). Her built-work and writing has been published in the New York Times, Interiors Now, Urban Omnibus and the Journal of Architectural Education. She is the recipient of grants from the Graham Foundation, New York State Council of the Arts and the Lower Manhattan Cultural Council. Her research-based design work involves an ongoing engagement with politically active organizations such as the South Bronx Unite, Sites of Conscience, Interference Archive, Cooperation Jackson and the Loisaida Center.

Activist Estates: A Radical History of Property in Loisaida is made possible in part with public funds from Creative Engagement, supported by the New York City Department of Cultural Affairs in in partnership with the City Council and the New York State Council on the Arts with the support of Governor Andrew Cuomo and administered by LMCC. LMCC serves, connects and makes space for artists and community.