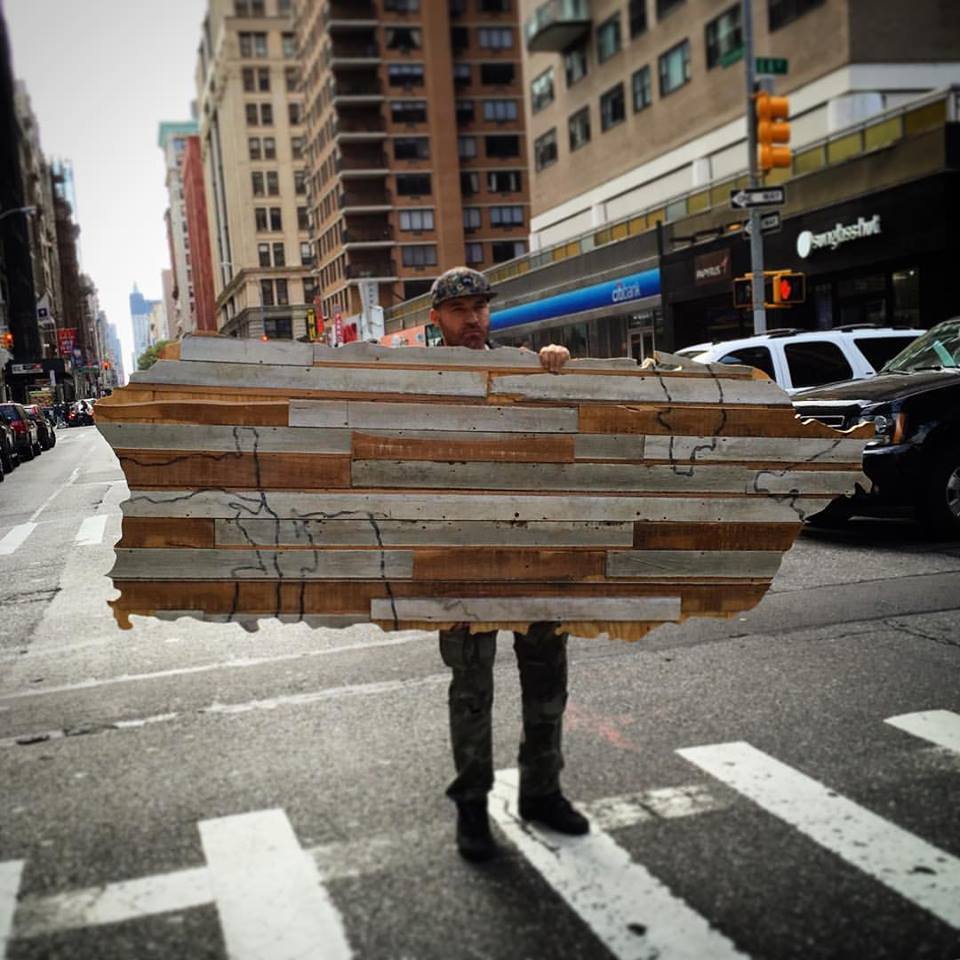 The EXODUS series explores the Puerto Rican experience of migration, past and present. Focused on towns and municipalities that are encountering a rapid decrease in population, causing separation of families, homes to be abandoned, and businesses to be closed down. Today’s crisis of the poor economy, high taxes, drugs and violence, and a decrease in agriculture that was once a thriving industry for Puerto Rico’s economy has contributed to an estimated over 300,000 people leaving the island in the past 10 years, with 144,000 of them leaving in the last 4 years, and 64,000 leaving in 2014 alone. 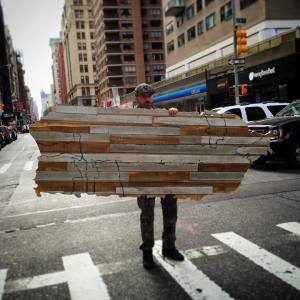 Adrian blocks some traffic on Broadway to show people what Puerto Rico looks like. (Wood house siding cut out in the shape of Puerto Rico, the black outlines are the shapes of the municipalities with the highest population of Puerto Ricans that have left their homes).