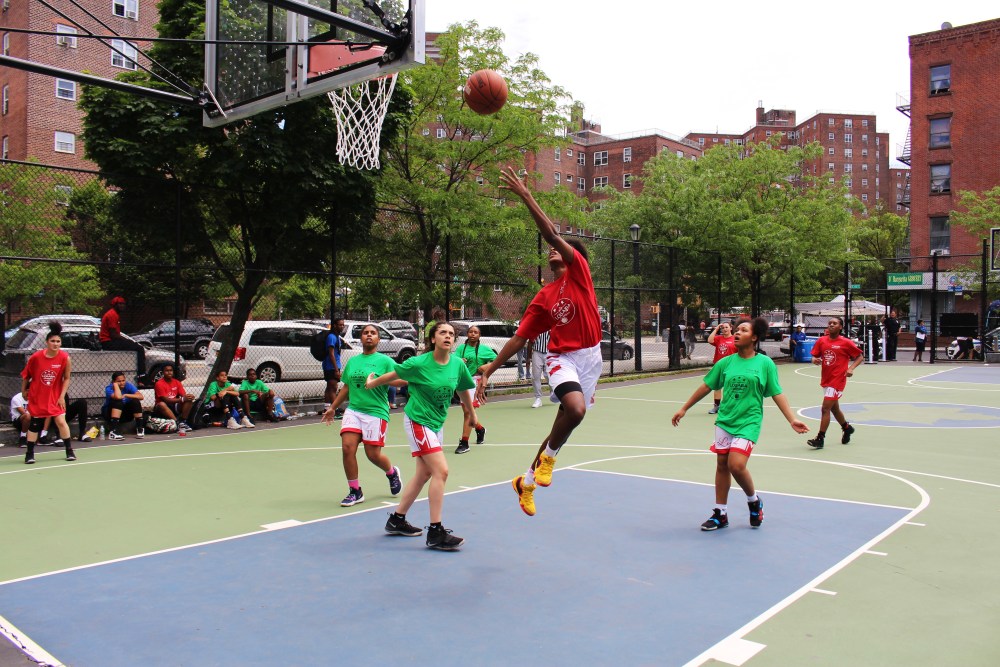 At Loisaida Inc. we have continuously supported local sports leagues and other youth physical activities since the early 1980’s. More that one year ago, Loisaida resident Jesse Brennan came to Loisaida Inc. with the idea of creating a basketball tournament for the neighborhood, by the neighborhood. Jesse worried that these type of sports related events had been decreasing in our community from the days when he was growing up. Now a proud uncle, Jesse wanted to organize a community basketball tournament, one where his young nephew could later look up to participating every year.

With Jesse’s encouragement, Alejandro Epifanio, Executive Director at Loisaida Inc., together with Danny Rodriguez from our sister organization The Clemente, all set out to make the tournament happen. A year later, with the advice and experience of Thomas Brasuell (former MLB Charities Director) who took it upon himself to raise the bar of what was thought could be possible, Loisaida Inc. Center inaugurated the first Loisaida Basketball Tournament. The tournament took place at Dry Dock playground on 10th Street and Avenue D during the month of May and as part of the 32nd Loisaida Festival weekend. Thanks to Tom’s relentless support, Jesse’s inspiration and the hard work of Alejandro the first Loisaida Basketball tournament was a huge success.

The Loisaida Basketball Tournament provided an opportunity for our community youth to gather and compete in a friendly community environment through the game of basketball. With an emphasis upon mental and physical development, health, wellness and growth through teamwork, more than 400 young men and women between the ages of 12-16 years participated in the tournament, positively impacting their lives and connection with their community.

Thank you to our players, coaches and volunteers for a great inaugural tournament!

Congratulations to our Champions!

We would like to thank DJ Ralphy Ralph for providing the live beats throughout the day, Andre Cirilo and Gary Cruz for documenting the event, Bruce Radler, Mike Collins and Lee Isenstein for giving us the opportunity to use Basketball City and for providing us with Coach Gigi and other coaches who guided a top notch gym practice and the Skills Challenge.

Thank you to our volunteers, Josh, Julia, Tevin, Will and to our referees; Henry, Santos and Joey Brasuell! Thanks to Manny, Herson, Liz, Tareake, Eric, Leslie, John, Raquel, Kareem, David and all of you who provided tremendous help in spreading the word on this important community initiative for Loisaida Inc.

With your support, we can make the upcoming 2020 Loisaida Basketball Tournament another great event!