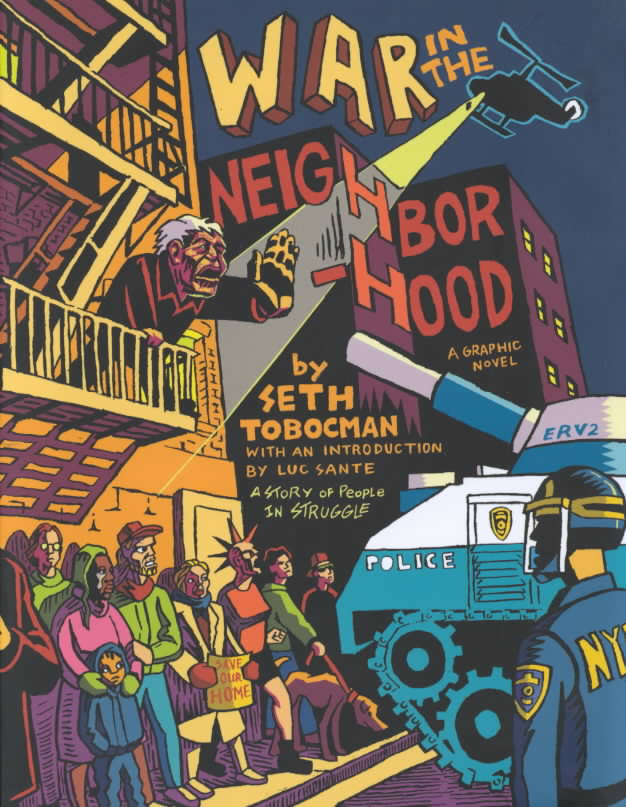 War in the Neighborhood: Gentrification and Graphic Art

Published in 1999, Seth Tobocman’s War in the Neighborhood remains one of the most relevant graphic novels exploring housing and community issues. Called a “masterpiece of gentrification” and “the comic book version of Rent,” War in the Neighborhood is a riveting first-hand account of radical neighborhood transformations in late 80’s and early 90’s New York.

With nuance and candor, Tobocman tells the tales of courageous communities built from rubble while exploring the moral complexities inherent in any movement, and the struggles against displacement that continue in varied forms today.

To coincide with the republishing of this classic novel by Ad Asta Comix, Tobocman will lead an illustrated discussion of his experiences, his art, and how the two intersect.

Seth Tobocman co- founded the magazine World War 3 Illustrated and is the author of many graphic books including his latest, Len, A Lawyer in History, about civil rights attorney Leonard Weinglass. His illustrations have appeared in The New York Times, the Village Voice, The Museum of Modern Art, The New Museum of Contemporary Art, posters, banners, murals, patches and tattoos by people’s movements all over the world.

This event is co-sponsored with GVSHP.

Below there is video documentation of the event for those who missed it.