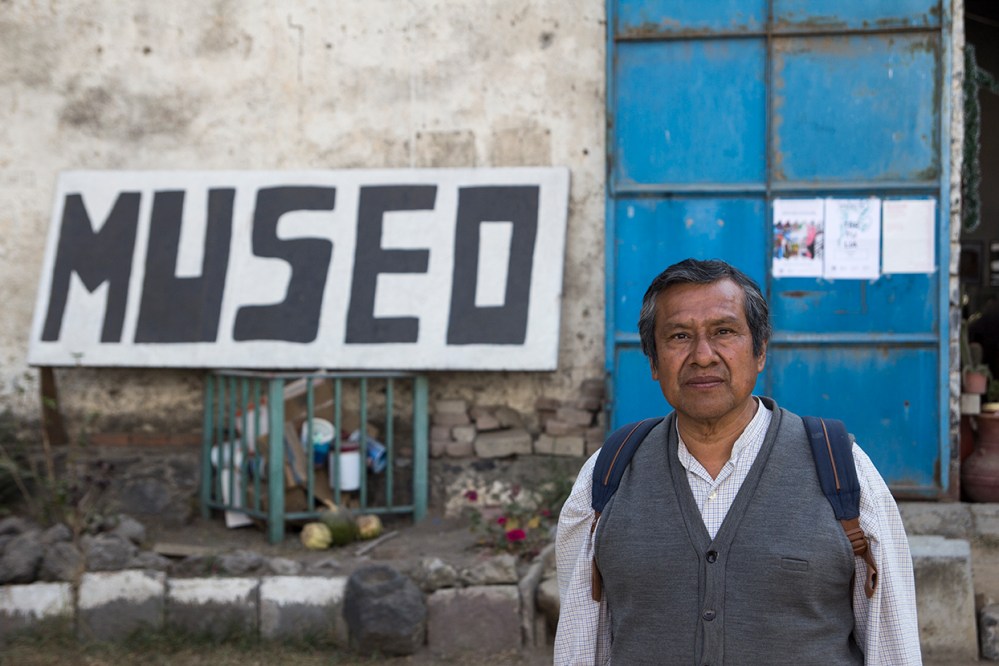 Please join us on January 13th, 2018 for a night of music, dance, tamales and the celebration of the artistic spirit in the rebuilding efforts of communities impacted by the 2017 earthquakes in Mexico. Performances by Sandra Soto Silva, The Josh Craig and more.

In November of 2017 an art benefit was held  at 41 Cooper Gallery for communities devastated by earthquakes in Mexico. Through the raffling of over 100 artworks generously donated by local and international artists we were able to fundraise  $13,000 USD in support of the relief and rebuilding efforts of the artist collective Los Carpintruenos, the Museo Comunitario del Valle de Xico, and Centro Cultural Bacaanda.

While we began organizing partly due to our familial ties to Mexico and with the intention of making a gesture of support and camaraderie across borders, these efforts have been an urgent reminder to connect with international artistic communities; the need to stay connected, share stories and ideas, and cultivate long lasting relationships that transcend locality and lived experiences.

In December we visited Los Carpintruenos and the Museo Comunitario del Valle de Xico, whose work and energy is truly impressive and inspiring. The purpose of the upcoming event at Loisaida is to share the stories of these artistic communities and their impassioned work as well thank our extended NYC community for their ongoing support.

Los Carpintruenos, whose name combines carpinteros (carpenters) and truenos (thunder), is a group of seven volunteers whose mission is to generate effective, quick, and direct aid in the construction of houses and temporary refuges in both a long- and short-term capacity to regions affected by the earthquake. Los Carpintruenos met while assisting with carpentry, demolition, reconstruction, and rescue work in the area around calle de Gabriel Mancera, Mexico City’s post-earthquake “ground zero”. Buoyed by a sense of purposeful collective energy, they decided to stay in touch as they continued to assist with rebuilding efforts throughout the capital. More recently, they have expand their work beyond Mexico City, transporting supplies to the towns of Jojutla and El Jicarero in the state of Morelos and to this date successfully built 16 wooden houses for individuals and families left homeless.

Museo Comunitario del Valle de Xico located in Valle de Chalco, on the outskirts of Mexico City, the Museo Comunitario del Valle de Xico was built on an ex-hacienda dating to 1529. The Museum now houses an impressive collection of pre-Columbian objects and safeguards the archaeological remains of the Valle de Xico. In response to the earthquake, the museum has partnered with organizations in the region to deliver supplies directly to affected populations. To date, they have sent out three brigades and with our support they are now establishing medical outposts to assist those with medical needs.

Centro Cultural Bacaanda is a project founded by the Visual Artist Cristian Pineda Flores in May of 2006 in Juchitán of Saragossa, Oaxaca. It is an artistic proposal that unites the efforts and ideas of artists in diverse disciplines to create dynamics of exchange, formation, contemporary artistic production and cultural diffusion in the state of Oaxaca, especially in the region of the Isthmus. After the September 7 earthquake—which destroyed hundreds of houses in Juchitán—architects, engineers, people dedicated to the field of construction with experience, organized to support those that lost their homes and everything there.