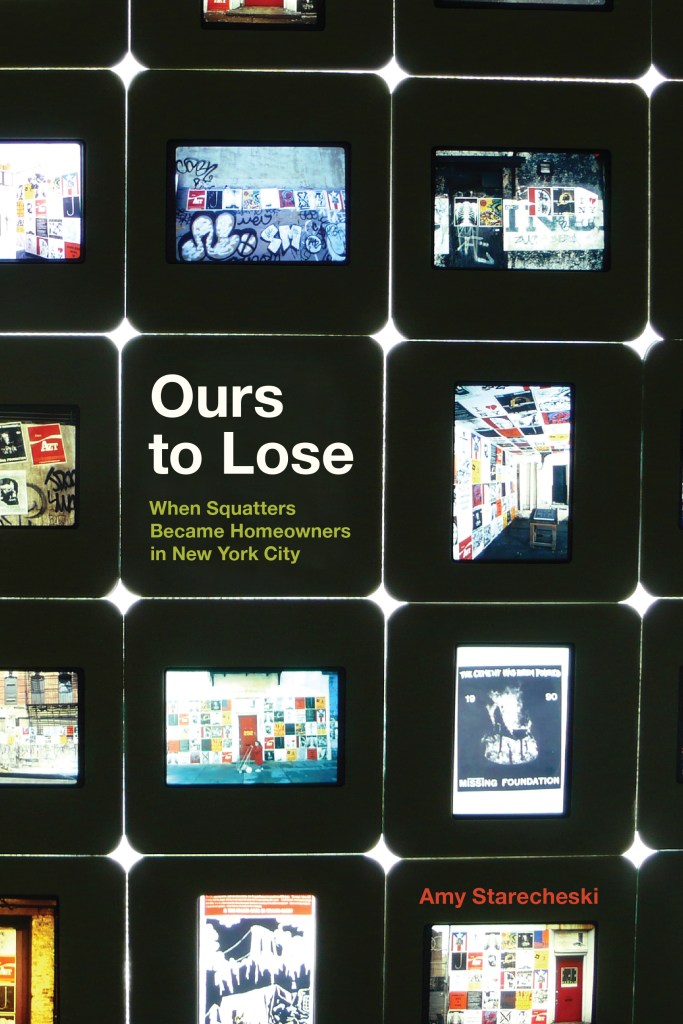 Loisaida Inc. and the Greenwich Village Society for Historic Preservation are proud to present:

Ours to Lose: When Squatters Became Homeowners in New York City

The Lower East Side in the 1980s and 90s was home to a radical squattingmovement that
blended urban homesteading and European-style squatting in a way never before seen in the
United States.

Ours to Lose takes a close look at a diverse group of Lower East Side squatters who occupied abandoned city-owned buildings in the 1980s, fought to keep them for decades, and eventually began a long, complicated process to turn their illegal occupancy into legal cooperative ownership.

In this multimedia event Starecheski will use oral histories to explore the complicated
relationships between homesteading and squatting on the Lower East Side, and in American
history.

Amy Starecheski is co-director of the Oral History Master of Arts program at Columbia
University. She received a PhD in cultural anthropology from the CUNY Graduate Center, where
she was a Public Humanities Fellow. In 2016 she was awarded the “Will the Next Margaret
Mead Please Stand Up?” Prize for public anthropological writing.

Check out video of the talk below:
Copyright 2022© Loisaida Inc.