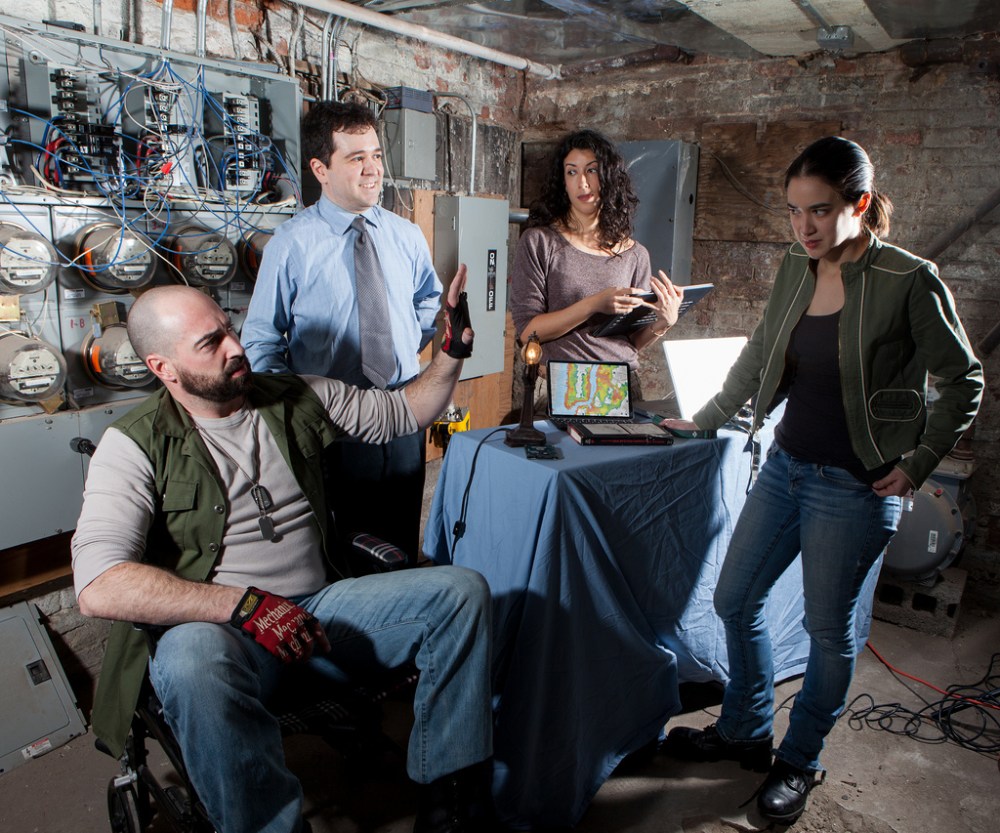 
Proposed project for the residency:

Are you an actor, playwright or director?

Join Flux Theatre Ensemble’s unique play development process and vibrant artist community for their weekly workshop, Flux Sundays. Once a week, up to 30 theatre artists gather for three hours in the afternoon to lightly stage new scenes from playwrights in the community. Not a theatre artist, but want to get involved? Feel free to join us for the final hour of Flux Sundays, where we share all of the scenes, and see plays in their earliest stages of development brought to vivid life by a welcoming community of artists.

Behind every special object we keep, there’s something even more important: a story.

Flux Theatre Ensemble’s The Salvage Project is a series of story-circles where communities come together to share stories about the precious objects of their lives. Through the sharing of these stories, we’ll learn what matters most to the people with whom we share this city and why. The Salvage Project culminates in a free, full-length production of the world premiere play Salvage, which imagines a band of searchers looking for precious objects left behind in a post-catastrophe NYC. Interested participants in The Salvage Project will have the option of sharing their object as part of the scenic design of the production, as well as opportunities to have their stories transformed by professional playwrights into short monologues. Stories and objects may also shared as part of The Salvage Project blog.

Email Sol Crespo to learn more and participate in The Salvage Project.

Since 2006, Flux has produced 20 productions and countless readings and developmental projects. The ensemble is made up of eleven Creative Partners composed of actors, directors, playwrights, and designers. Flux is the proud recipient of the 2011 Caffe Cino Fellowship Award, presented annually to an Off-Off-Broadway theatre company that consistently produces outstanding work. The company’s productions of Hearts Like Fists and Ajax in Iraq were chosen as “New York Times Critics’ Picks” and in 2008, nytheatre.com chose Flux Theatre Ensemble as one of their “People of the Year” saying “This rising theatre company had a hit in the New York International Fringe Festival with Other Bodies, written by artistic director August Schulenburg, and then went on to mount the fall’s most ambitious indie show, Johnna Adams’ The Angel Eaters Trilogy.” Over the years, Flux has received New York Innovative Theatre Award nominations for their productions of Jane the Plain, Sans Merci, Hearts Like Fists, Ajax in Iraq, The Angel Eaters Trilogy, The Lesser Seductions of History and Dog Act.

Flux Theatre Ensemble is a member of the Alliance of Resident Theatres/NY, the Network of Ensemble Theaters and the League of Independent Theatres.