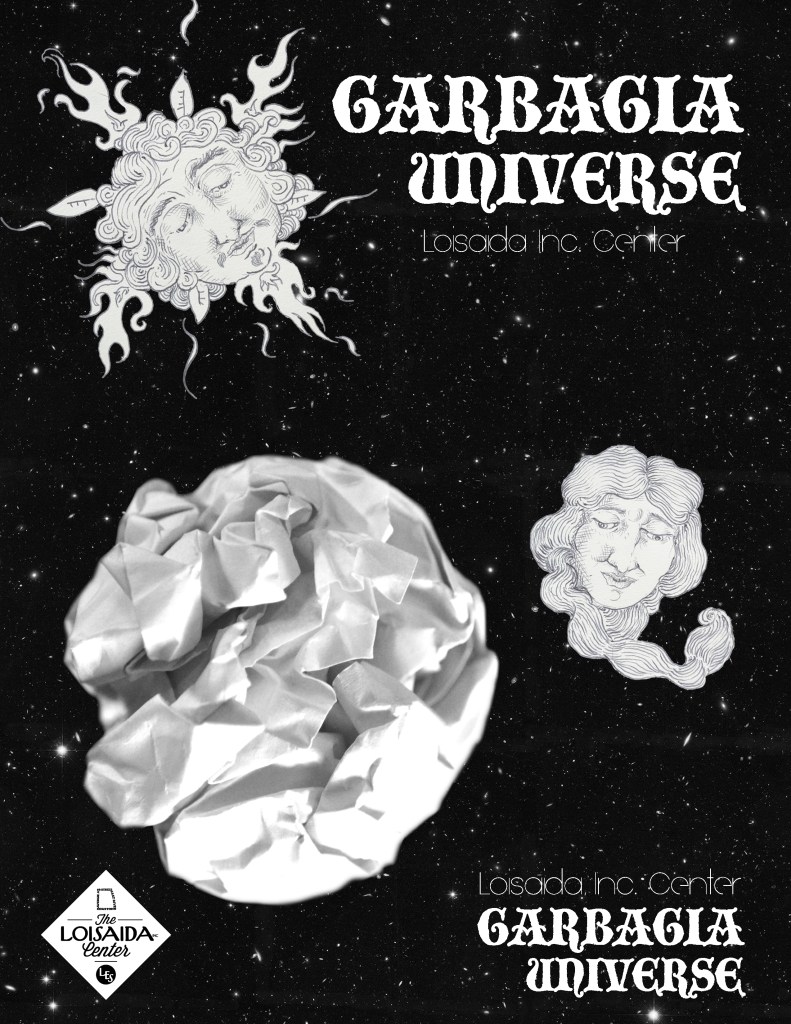 Building on last year’s successful Garbagia Island, Loisaida Inc. Center will expand this summer into Garbagia Universe. Acting on the continued need to build public historical awareness of cultural immigrant history, and consistent with Loisaida’s commitment to urban place keeping, the project refashions cultural practices of Downtown Latino/a/xs from Carmen Pabón, Jorge Brandon, Bimbo Rivas, Pedro Pietri, Petra Santiago and beyond, to contemporary realities. This second cycle will expand to include and explore the pedagogy and practice of the Latin American modernist, Joaquín Torres García, who lived in New York’s Downtown, and who was the subject of investigation of one of our artist-in-residence, and teaching artists for this cycle, Juan Bautista Climent.

This version will offer three component workshops where participants can hone their skills and realize their final products in a performative exposition. These include sewing and costume making, sculptural and conceptual art, and performance production, over the span of three weeks in August and September.

In this first week, after finding an object and having an introductory inspirational meeting about the universe with images and references, we will be building a specialty costume. Together we will create a more universal idea of what fabric means. We will be looking on how to make fabric from “junk”, while learning basic techniques on sewing and alterations, crafting textile patterns and building this piece that will keep developing on the second stage of the project, adding sculptural pieces, all this while reflecting and developing a character for its 3rd week stage. The garment will be the final product of each participant artist, and will be presented as part of the Fashion Show the day of the event.

While creating this costume we will work on creative stimulation, repurpose of materials that can become/are also fabric, and with invited artist Sonia Peña we will have 1 to 2 hours workshops each day to learn mending and alterations, not only this will help to the development of their costume but while creating it they will learn basics but practical and useful techniques for everyday life.

Workshops will include:
Alterations/Mending: From buttons, zippers, hems to decorative hand stitches.
Patterns and Sewing: Basic machine sewing, introduction and reading of a pattern.
Textile Design: Lets make textiles and design patterns creating consciousness about color, composition and mix media. This will be where we explore with different materials, ways of mixing color and texture while learning the ideal tools to use.
Character Development: Out of all of this aspects, we will start an exploration of the first stages of a character, using the costume as a tool to understand and give information about these creature through color, texture and shape. The idea is to give the first step into what will be an ongoing work until Performance Workshop Week where it will be finally worked in
detail and developed.

This workshop will focus on the development of sculptural elements that add visual force and meaning to the garments made in the first Garbagia Universe workshop provided, they are made mostly of recycled materials.

Day 1: Universal Symbols and Drawing
We will study traditional clothing from different indigenous cultures in Latin America, Africa, and Asia, containing symbols of the universe (such as the Sun, Mother Earth, Planets, Stars, etc.). We will have a brief review of the ideas of universal symbols of Joaquín Torres García, previously learned in Loisaida Center during the Constructivism Month in July. With these visual and theoretical sources as inspiration, participants should sketch their own sculptural designs, contemplating that they will be designed with recycled materials.

Day 2: Objects in our neighborhood are objects in the Universe
Participants will be challenged to find at least one object that has been discarded within the Lower East Side area, which they consider to be of visual or conceptual value, or which may have this value with appropriate interventions with other artistic materials. Participants will learn the basic techniques of paper mache to combine it with recycled objects.

Day 4: Color as forms in the Universe
This day, participants will learn basic concepts of color, but understanding it as tone and form, as taught in the constructivist doctrine of Joaquín Torres García.

Day 5: Final Details
Completion of sculptures. The participants will add the pieces made to their clothes.

During the last week of Garbagia Universe Program the participants will have the opportunity todevelop their character in a collaborative manner. Performance, body movement and character workshops will be held in order to develop the Performance for the event. After creating their fabric and sculptural pieces during the first weeks of the Project, it will be a time to put it in action the creations.

Participants developed a socio-political approach and learned about crucial contributors to the history of the LES through active participation. Directed with a pedagogical perspective into recreating what important key people (yet invisible to the mainstream narrative) did for our neighborhood. This created awareness into reusing waste and reconstructing its concept into resource. Also pointing out the use of communal spaces for the benefit of the community.

NEW YORK, NY, SEPTEMBER 9, 2017 – Loisaida Inc.
in collaboration with Morus, La Plaza Cultural Armando Perez and Lungs engagement with the community brings for the second consecutive year “Garbagia Universe”. A three weeks intensive workshops and Open Studio Space from 4:00 – 10:00 pm Tuesdays to Saturdays from August 22 to September 8 for the community of artists of the Lower East Side and beyond. Acting on the continued need to build public historical awareness of cultural immigrant history, and consistent with Loisaida’s commitment to urban place keeping this year’s Garabagia Project concept is to unify everyone under one universal understanding. Based on Joaquin Torres Garcia Universal Constructivism we want to redefine and expand the American Culture beyond the historical, political and social aspects into the universal and cosmic. Our intention is to erase the differences between humans created by borders to enhance a unifying identity that relies on the principle of the Origin of the Universe and how we all in essence come from the same place.

The outcome intends to present a forward-looking merger of eco-urbanism and art-based community making anchored on Loisaida’s history of place-keeping efforts and the re-generative spirit initiated by the community garden movement. The culmination of this collaborative community project will be an Up-cycled Costume & Fashion pageant as well as a Collaborative Performance Piece that will take place at La Plaza Cultural on Saturday, Sept 9 at 7:00 pm (Rain Date Sept 10) and also we will be part of The Harvest Festival September 24 at El Jardin del Paraiso Community Garden.

Story for the Performance:

Black matter bodies dancing chaotically in the nothingness in a disharmonious ways attracting each other to form a huge black mass of energy. The amount of energy accumulated in this chaotic mass produces a huge explosion, from within the force of the exploitation the Sun is being born. The Goddess “Mother of all” Sun signs floating in the Universe creating harmonious vibrations and her reflection of light transform the black beings into lightness this way the Planets were born gravitating around the Sun. Suddenly a disruption take place. The Sun decides to hide inside a cave leaving the Universe in total darkness. The planets decide to bring her offerings to the front of the cave making a ritual for the Sun to come out again. They talked about an amazing beautiful Goddess, the Sun by curiosity peaks outside, the Planets had a mirror for the Sun to look at her own reflection. The Sun looks at herself and come out in a ecstasies, they all dance again.

Participants develop a socio-political approach and learned about crucial contributors to the history of the LES through active participation. Directed with a pedagogical perspective into recreating what important key people (yet invisible to the mainstream narrative) did for our neighborhood. This created awareness into reusing waste and reconstructing its concept into resource. Also pointing out the use of communal spaces for the benefit of the community.

Loisaida’s Summer Program is made in collaboration with Museum of Reclaimed Urban Space, La Plaza Cultural, L.U.N.G.S. and with your support, thank you.