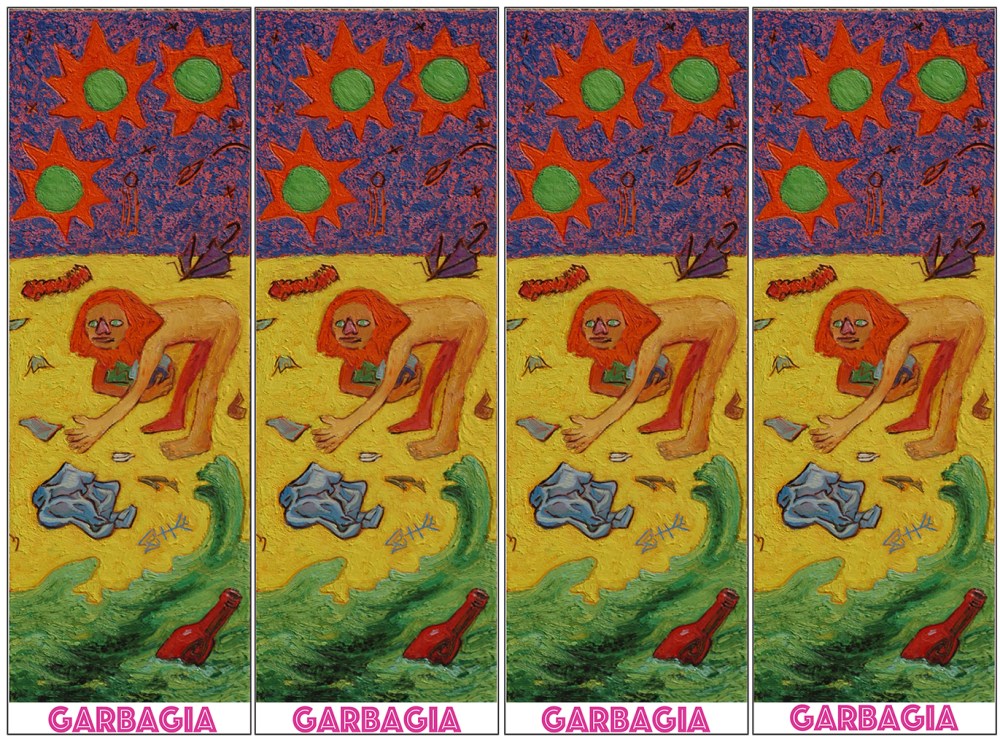 The 4th Annual Garbagia Project: Hallucination Station, will consist in visualizing one of the places Rolando Politi imagined in his story; The Three Green Suns.

On this fourth occasion, the Garbagia Project, will give life to Rolando’s imagined place by creating our own visualization and interpretation of this space in our current time. Hallucination Station will consist on a similar 3-week intensive workshop approach to the project as it has been done during year’s past. The fourth occassion of the Garbagia Project will feature a display of our past creations. Our participants will concentrate on working through our principal motivation: upcycling, and for the first time, re-imagining their own past puppets. We will upcycle our past puppets and costumes adding new modifications pertinent to this year’s theme and story. Also, for the first time, we will give life to (this year as a pilot) our first Garbagia Upcycled Art Fair – becoming Garbagia one of the activators of Loisaida’s Makerspace – El Semillero. This means we will concentrate in creating merchandise made out of trash, our beloved material. And second, to the ‘Puppet Auction’, helping Loisaida and its artists with the funds made plus regaining space after four years of art making.

As specific as it sounds, it all runs in a very spontaneous process for each artist, the structure works for organization and calendar purposes only. With this said, artists from the community ‘garbagianos’ are free to come and go as they want/can, create with us at the shop or at home and kids and the rest of the community are welcome for open workshops that we will accommodate so they can participate.

The summer program will be developed in two weeks during September 2019, creating an open platform for the community to participate in an integration and creative process. We will have open workshops five days a week, for the community and will have arranged visits from summer camps around the Lower East Side. They will all take place between Loisaida Inc. Center and La Plaza Cultural. During the workshops we want to educate the community about re-purposing waste into materials. They can be a tool for developing kids motor skills and adults perspectives and creativity. All the efforts will be directed into the final activity, it will take place at La Plaza Cultural. The activity will be compound of a Market show. We will have a live pirate band, a pirate host and a DJ. This activity will be a community celebration for the outcome of the workshops and will be open for the public. After the activity we will do a symbolic peregrination to Carmen Pabón re-opend garden as a showing of our support and admiration for Carmen Pabón’s legacy. We want to stand out community awareness of current legal garden’s risk and motivate people to take action in democratic process.

The 2019 Garbagia Project is composed of a two-week intensive open workshop accessible to the general public. There were five distinctive workshops oriented toward  various neighborhood summer camps and school groups. Screening projections and other audiovisual material was used for educational purposes to project the history and important people of the Loisaida (Lower East Side) Community. The final activity was open to the public and it culminated with a pirate fashion and creatures show highlighting the re-purposing of “trash” and the use of recyclable materials.  See pictures below!