Sense of the Lense: the Photography of Marlis Momber & Lisa Kahane 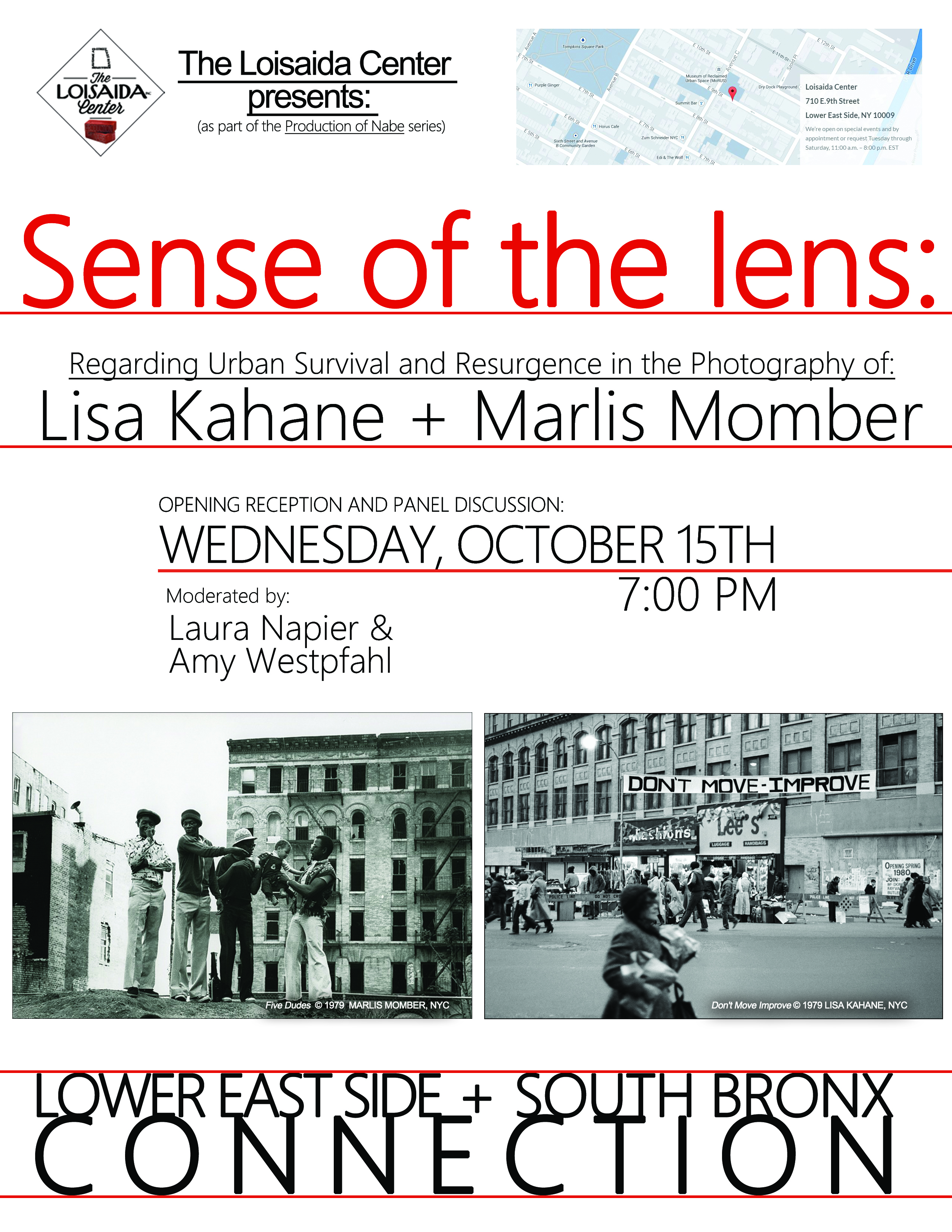 IS PROUD TO ANNOUNCE:

SENSE OF THE LENSE:

REGARDING URBAN RESURGENCE AND SURVIVAL IN THE PHOTOGRAPHY OF:

Simultaneously but unknown to each other, Lisa Kahane and Marlis Momber documented the life of people and places caught in cycles of urban disinvestment in the 70s and 80s in shattered, depopulated neighborhoods in the South Bronx and in Loisaida, a self-defined neighborhood of the Lower East Side in Manhattan. Both women remain involved in each community to this day. However, both areas are rendered unrecognizable today, due to successful rebuilding led by community groups and churches, homesteaders, and federal, state, and city assistance; shifting immigration patterns; and a new influx of capital. Through the twin lenses of photography and social practice, this discussion and exhibit will explore the conditions that catalyzed their unique views and engagement with these two symbiotic neighborhoods.

Ms. Momber and Ms. Kahane both document the history and conditions of each place at the same time. John Grierson, the Scottish filmmaker who first coined the term documentary, wrote in 1946 that “It is a basic tenet of documentary theory that the primary search is not for beauty, but for the fact of the matter, and that in the fact of the matter is the only path to beauty that will not soon wear down.” On the other hand, the meaning of photographs is mutable. Sontag wrote in 1977 that “the particular qualities and intentions of photographs tend to be swallowed up in the generalized pathos of time past.” How do these photographs read today, especially in light of the social changes and physical evolution of each place depicted?

This discussion will also consider the circumstances that originally opened each place to work in. How did and does each photographer engage with people and groups, including local Puerto Rican activist communities, and what alliances did each photographer forge with other artists and peers? How does the personal, including gender, affect approach, alliances, method and regard? And is there a specific connection between what we now call social practice and photography?

Marlis Momber and Lisa Kahane will be introduced by Amy Westpfahl and Laura Napier, artists and photographers who live and work on the Lower East Side and in the South Bronx today.