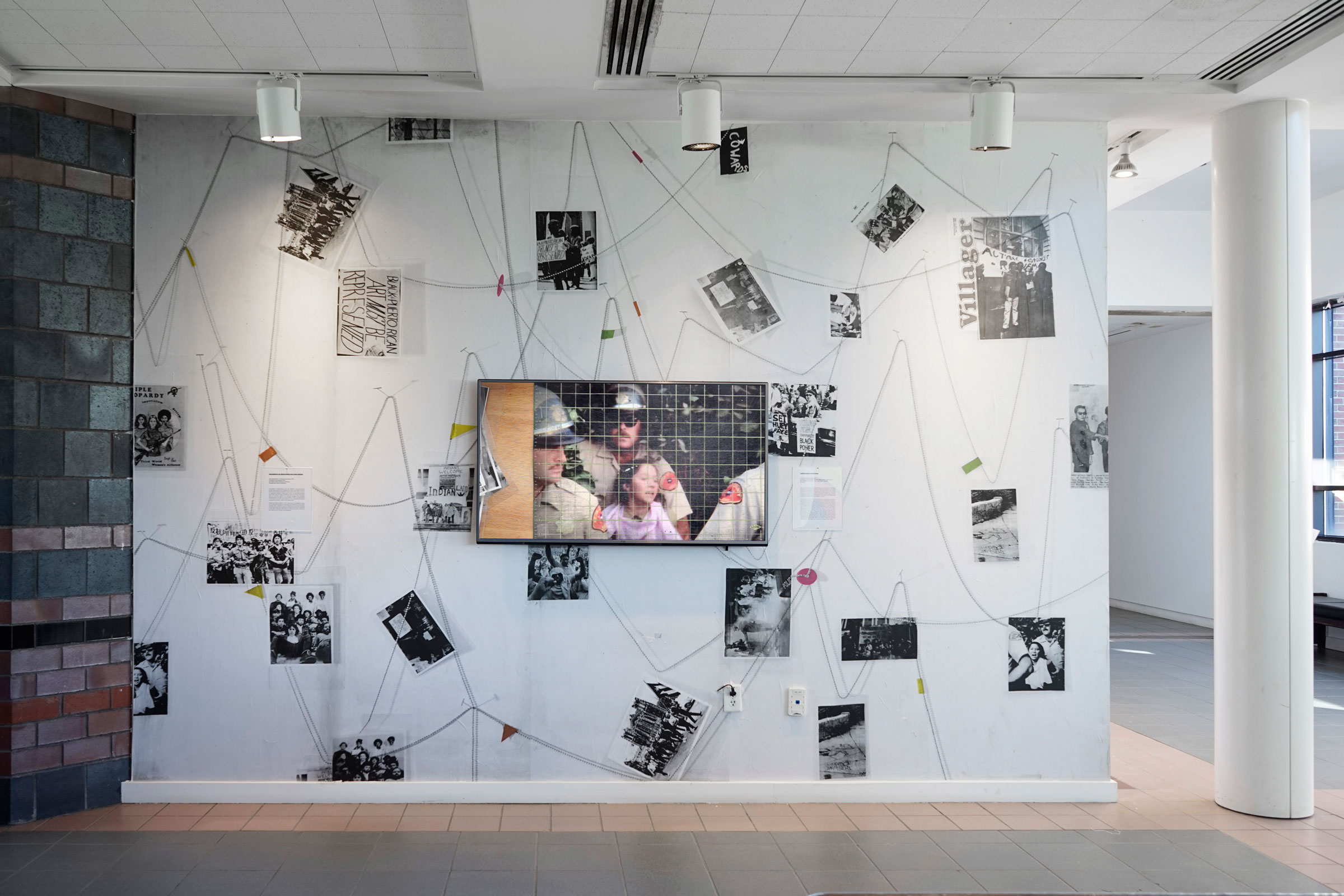 Since the 1960s, students of color have fought to decolonize campuses across the Americas. One of their goals was to introduce studies related to their own experiences and include their history outside of the dominant Eurocentric lens. We will discuss some of the original demands and achievements, and compare them to the current wave of decolonizing academia.Secondly, one of main concerns in the project Our Time is to highlight the racism in the arts as affecting all people of color across America.

We ask, what can we gain from a comparative ethnographic analysis of this history? What are the limits and pitfalls of such study? How does it affect the visual arts and visual cultural studies in general (framework of research, production, participation, and consumption)?As a third discussion point, we will consider spaces of resistance, noting Esteban Izquierdo Mejia’s intro to Spaces of Cultural Resistance that is similarly echoed in Macarena Gomez-Barris’ intro to The Extractive Zone. Can we consider examples of the importance of spaces of resistance (decolonial or otherwise) that, as Mejia notes, “operate to create imagined geographies of belonging that challenge the effects of cultural oppression at the local and regional level?”

Patrick JaojocoisaBrooklyn-based arts professional, curator, researcher, and writer focusing on political ecology and historiography, in particular how creative practices and landscape interpretation can aid in public understanding of long-term ecological, economic, and political histories. He has organized numerous exhibitions and public programs throughout New York; recently, he worked withthecuratorial collective Frontview onaproject around American pre-colonial, colonial, and cartographic histories and practices. He currently works at Storefront for Art and Architecture, where Patrick supportstheorganization’s exhibitions and projects as Development and Communications Associate. Patrick wasa2015-2017 Curatorial Fellow at SVA’s MA Curatorial Practice program, and received his BA in English Literature and Environmental Studies from New York University.

Documents of Resistance: Our Time

Loisaida Center Inc. is pleased to present Documents of Resistance: Our Time, a participatory exhibition and residency of new work by Antonio Serna.

How do we give contours to an art history that remains unwritten, scattered across archives, and siloed in scholarship? How can we begin to reconnect the struggle for civil rights across all artists of color and their fight for inclusion in our cultural institutions? How can we being to reflect on the complexity of artists of color and their unique experience, political actions, and art production as part of the art history in American? In the exhibition, Documents of Resistance: Our Time, Mexican-American artist, Antonio Serna is hoping to take us down a visual path to consider these and many other questions in regards to the important but often overlook contributions of artist of color.

Central to the exhibition will be a series timeline collages of art and activism from each decade, from 1960s up to our current decade. In combining the histories of artists of color, visitors will be able to visually locate overlapping shared concerns and experiences of artists of color: from the Chicano Movement to the Black Power Movement, and from the Labor Movement to the Feminist, Third World Movement, and beyond. Leading up to and during the exhibition, Antonio Serna is asking the public to send in their memories of this resistance: people, places, or events relevant in order to continue to expand this histories. Serna’s interest is not just a reflection of the past hopes to inspire and empower a new generation of people of color to join the struggle in becoming the next generation of artists, activists, curators, historians, archivist, and museum workers, to help end discrimination in our cultural institutions.

Originally from San Antonio Texas, Antonio Serna is a Mexican-American artist based in New York. Antonio maintains both a studio and collective social practice. These two practices often balance and ground the sum of his production. Antonio Serna holds a Masters in Fine Arts from Brooklyn College, and a BFA from Parsons School of Art. He has exhibited in New York, Texas, Las Vegas, Spain, Mexico, Berlin, and Romania. His speaking engagements include ArtCenter, Flux Factory, CUE Foundation, Brooklyn Museum, Pratt, Common Field Convening, Eyebeam, Smack Mellon, Queens Museum, and Museo Tamayo. Recently he has participated in residencies at Triangle Arts Association, Elizabeth Foundation for the Arts, and The Luminary and has taught at Brooklyn College and Parsons School of Design.

Document of Resistance:Our Time is made possible in part by funds from Lower Manhattan Cultural Council Creative Engagement Grant