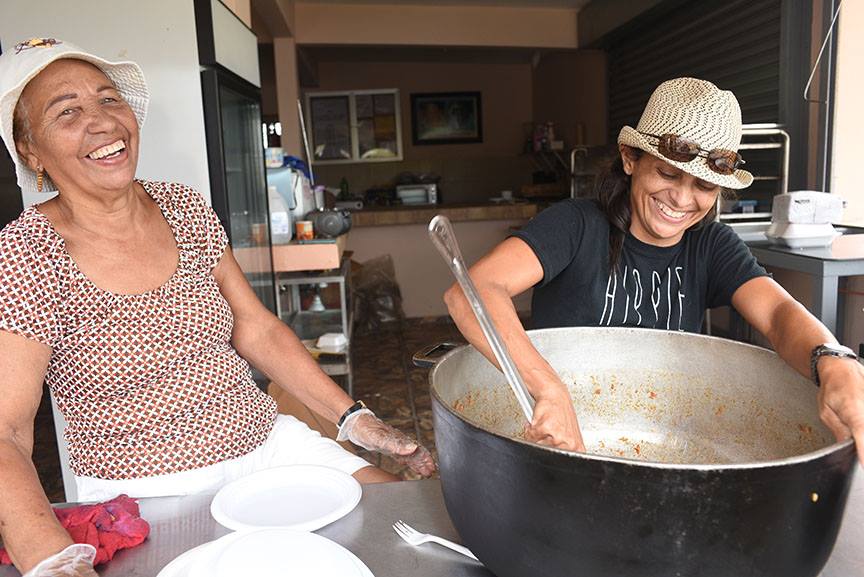 Direct from Puerto Rico, Giovani Roberto, an organizer with Centro de Apoyo Mutuo – CAM (Center of Mutual Support), Caguas, will be discussing how its projects and others, are creating alternative solutions to meet the basic sustenance needs of the Puerto Rican people after Hurricane Maria. Other speakers include Melissa Fuster, Professor of Public Health Nutrition at Brooklyn College, and Huascar Robles, author/journalist/producer of Catatonia podcast.

Through implementing CAM principles of “ayuda mutua y esfuerzo propio” (mutual help and self-effort) the process of creating a new, regenerative Puerto Rico and allowing a return of the island’s vitality. CAM principles function in contrast to the legacy of colonial policies which continue to eliminate public services and infrastructure, and compromise natural resources for the exclusive benefit of private interests. The ethic of ‘mutual help and self effort’ has proven effective in creating a viable, alternative solution or the people of Puerto Rico, as evidenced by the increasing interest of participants and volunteers received daily in service to the CAM.

Centro de Apoyo Mutuo ~ Caguas, appeared 8 days after the passing of Hurricane Maria, occupying abandoned space, providing services such as meals, material resources, acupuncture and alternative therapies, and workshops to the public while receiving support from local community volunteers, and later from supporters outside the island.

Weeks after the Centro de Apoyo Mutuo started in Caguas, several groups and individuals across the island helped organize CAMs in their communities, following the call for collective action to island activists and progressive groups, resulting in 8 CAM’s throughout the main island, including 1 on the island of Vieques. Currently there are 8 CAMs, some with a peoples kitchen, some with agro-ecological projects, workshops, alternative community educational projects, and acupuncture and therapeutic spaces.

**Giovanni Roberto is a Puerto Rican social justice activist and organizer for the Center for Political, Educational and Cultural Development (CDPEC) based in Caguas, Puerto Rico. Roberto is a former student leader of the 2010-2011 mobilizations and strikes at the University of Puerto Rico.

Melissa Fuster is an assistant professor of Public Health Nutrition at the City University of New York Brooklyn College. Her current research addresses the sociopolitical and cultural factors affecting culinary and nutritional outcomes in the Hispanic Caribbean region and its transnational communities in the US. Previous to joining Brooklyn College, Prof. Fuster was a Provostial Faculty Fellow in Food Studies at New York University.