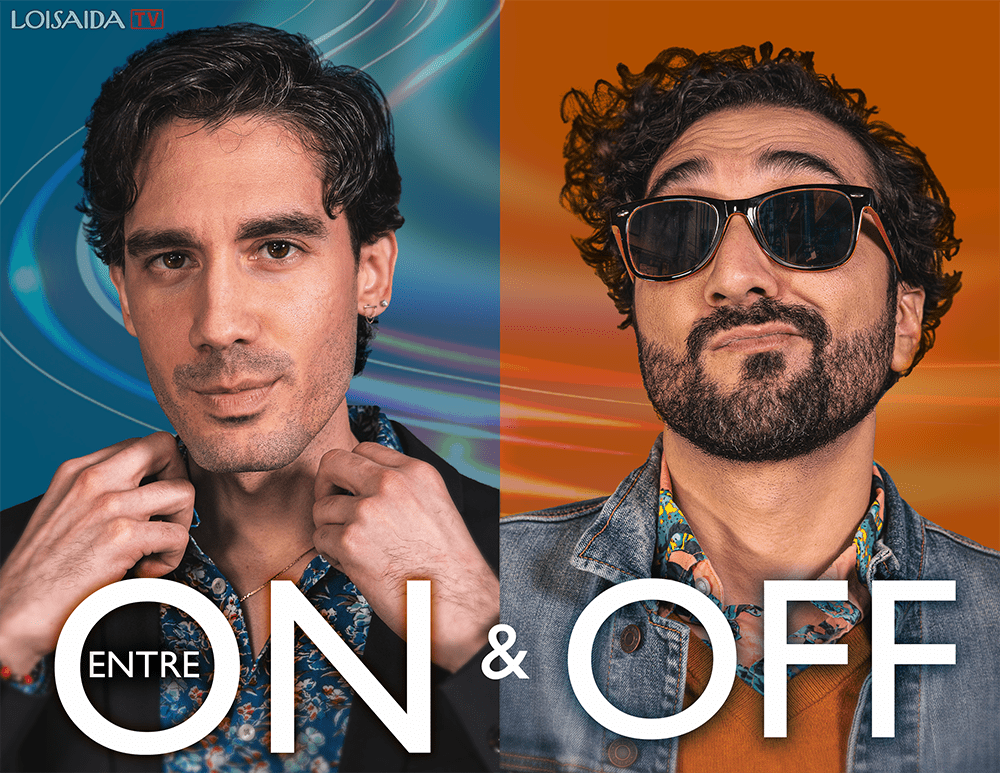 Gilberto also performed at the Radio City Music Hall for the MTV VMA’s 2018 as a backup singer for Maluma. This performance was followed by the release of his first music single Pancakes De Avena, that same year, together with Dominican artist and singer Diana Pou. The duo was called Gilberto y Diana for the next two years and in May 2020 they released their second single Manos Sin Pena. They reappeared in November 2020 with their new name, TeTxtié, under which they have released the singles and music videos AMR:PSCDCL (Amor Psicodélico) and Me Voa Pegá and a mini-album called Clásico which was recorded live in the Dominican Republic.

Andrés Lopez Andrés López-Alicea is a Puerto Rican director, actor, and teaching artist based in New York. He graduated from The New School for Drama with a degree in MFA Directing. His early studies were at the University of Puerto Rico with a degree in both Architecture and Drama. During his studies, Andrés was recognized by the university with awards in both directing and set design. In 2010, he created his own production company, Arte Zanquia’o, where he directed, produced, and acted in a variety of performances that ranged from improv shows to original works. The success of his company would capture the attention of the most prestigious theaters in Puerto Rico, who invited Andrés to lend his directing talents to their new play development programs.

In New York, he joined the creative team of Teatro LATEA, where he founded a resident theater company called Teatro 220, which has already won HOLA, LATA and ACE awards. As an actor he has played roles like Jaques (As You Like It), Lyngstrand (The Lady from the Sea), Afilador (Ligazón) and Macbeth. His Assistant Directing credits include, working with Laura Savia on Artney Jackson at Williamstown Theatre Festival and Christopher Liam Moore on Hairspray The Musical at Oregon Shakespeare Festival. His work as an artist has been seen in Puerto Rico, Dominican Republic, Williamstown Theatre Festival and Oregon Shakespeare Festival. In New York at The Tank, NYU Tisch Musical Theatre, LATEA Theatre, The New School for Drama, The Cherry Lane Theatre and many more.. In July 2019 he was awarded with the 2019/2020 Clubbed Thumb Theatre Directing Fellowship in New York. He is currently a teacher at Rybin Studios of Drama in Manhattan.

ENTRE ON & OFF is a Comedy and Variety T.V. Show by Puerto Rican artists Gilberto Gabriel and Andrés López-Alicea in association with the Loisaida Center and the Loisaida TV network. In this N.Y.C based show the audience will have the chance to experience all the fun in the ONs and OFFs of this city. Our two hosts will bring you sketches, interviews, games, music performances and more, to promote and maintain the history and heritage of the Latin American community. According to the creators, “The show [ENTRE ON & OFF] is a great opportunity to build strong relationships with our latin communities, collaborating in a way that highlights and enriches everyone involved, generating continuous job opportunities to Latino/Hispanic artists and workers of the Entertainment Industry.”

THIS PROGRAM IS SUPPORTED, IN PART, BY PUBLIC FUNDS FROM THE NEW YORK CITY DEPARTMENT OF CULTURAL AFFAIRS IN PARTNERSHIP WITH THE CITY COUNCIL.