Proposed project for the residency:

With diversity filling the cultural landscape in the area of Loisaida, “DIASPóRICXS ANóNIMXS” ​serves the community by presenting quality theatrical experiences without losing perspective on social, political and cultural issues. “DIASPóRICXS ANóNIMXS” implies to use the facilities of The Loisaida Center, INC. to create, rehearse and finally present work to general audiences. 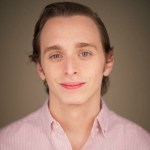 JULIAN GARNIK
Julián Garnik is an actor and director from Puerto Rico based in New York City. His theatre credits include Jacob in Morning at the Bridge Theatre in Manhattan and El actor tiene permisos part of the III Festival del Monólogo Latinoamericano in Cienfuegos, Cuba. As a director, his short films La Secadora and Tessellation have been screened in several festivals around the world, such as the Puerto Rican Heritage Film Festival and the Durham Regional International Film Festival. JENYVETTE DEL VALLE
Jenyvette Vega was born and raised in San Juan, Puerto Rico. Studied Musical Theatre at Circle in the Square Theatre School, from which she graduated in 2014. Currently she is starting as “Cuca” in Repertorio Español’s musical La Canción. Recent credits include: Dash doll/Kylie Kat in Katdashians the Musical; Ieda in Doña Flor y sus dos Maridos and María in La Gringa, also at Repertorio Español. SUNI REYES
Suni Reyes hails from Santurce, Puerto Rico. She originally moved to NYC to pursue a career in dance, and had the opportunity to perform with Ballet Hispanico, The MET, New York City Opera, and Thomas/Ortiz Dance Co. As an actress, she has performed at the Spanish Repertory Theatre, Puerto Rican Traveling Theatre, Teatro LaTea, The Triad Theatre, and New World Stages, with the groundbreaking bilingual musicals: Celia: based on the life of Celia Cruz, and La Barberia. She is also a comedian/writer, and performs improv, sketch, and stand up regularly at the legendary UCB Theatre, The PIT, and other comedy venues throughout the city. She has appeared on videos for Funny or Die, Flama, Mas Mejor and Above Average. Her comedy stems from socio-political issues, growing up in Puerto Rico, and raising a kid in NYC. One of her latest project was “Greetings from Puerto Rico”, a satire sketch comedy show she created to shed light on the humanitarian crisis on the Island after Hurricane Maria, and the complicated 119 year old colonial relationship between the US and Puerto Rico. Some of her TV credits include: Girls on HBO, Master of None, and Iron Fist. 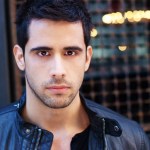 PEDRO DE LEÓN
Pedro De León is an actor and writer from Arecibo, Puerto Rico. He completed a B.A. in English Literature at the University of Puerto Rico, Mayagüez. His “Off-Broadway” credits include Dr. Lencho in Ken Davenport’s “That Bachelorette Show” and Ramón Garcia in Repertorio Español’s “Blind Spot”. He is also a Co-founder of Puerto Rican based comedy troupe “Pasadía Familiar”. Other film and TV credits include award winning web series “Docket 32357”, The Travel Chanel’s “Mysteries of the Museum” and CBS’s “Shades of Blue”.