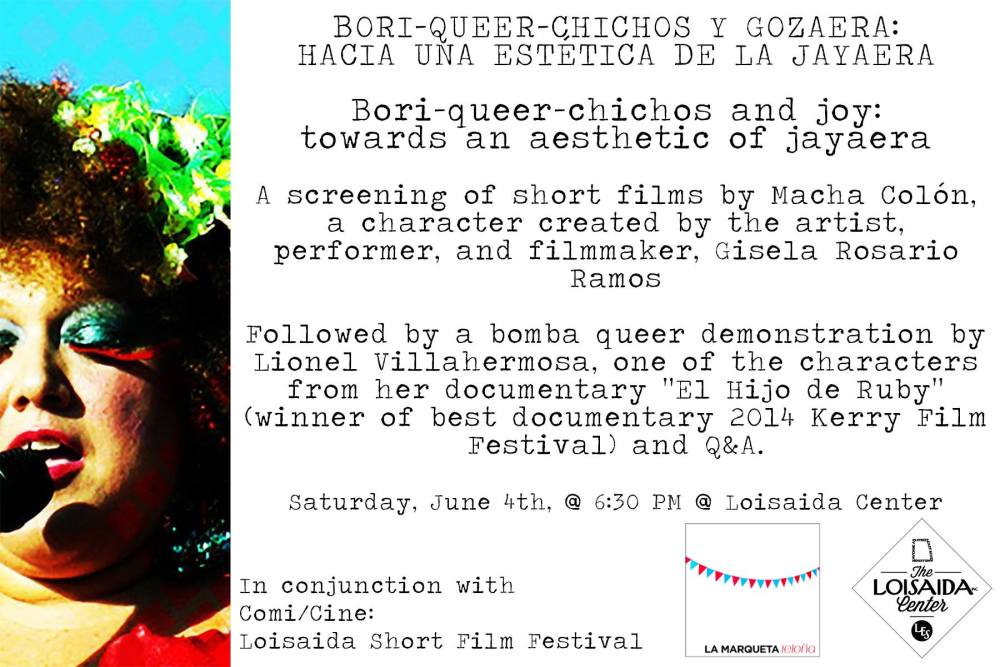 Macha Colón, a character created by the multidisciplinary artist Gisela Rosario Ramos, will headline this event with a screening of the documentary film “El Hijo De Ruby”. Macha Colón y Los Okapi was in the line up of Loisaida Festival, and will perform at the New Museum on Thursday in conjunction with art work by resident Beatriz Santiago Muñoz. We are lucky to feature her in an intimate setting at the Loisaida Center along with one of the subjects of her film, Lionel Villahermoso, who will also perform.

This event is a run-up to a short film festival at the end of the month Comi/Cine which fuses culinary arts with film-making. In line with the themes of the Loisaida Festival, refreshments will be served.